One of the curious errors common in the western world over the past half millennium is a certain prejudice against cooperation. This error holds that, in religious matters, particularly those involving our salvation, only God can accomplish something. In no wise does that salvation depend upon our cooperation. Similarly, in temporal affairs, it is thought that any involvement of our Creator and Redeemer is, by definition, an affront to our freedom and autonomy. In a word, we can do much better without God, without His justice and mercy, and without the Ten Commandments. 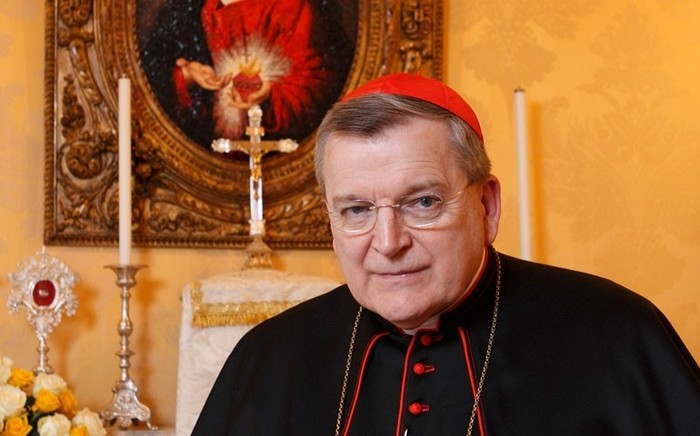 The tragic character of this prejudice can easily be appreciated with a superficial glance at the present moral and cultural conditions of the formerly Christian West. These hellish conditions are well summarized in what is called the culture of impurity and the culture of death.

If there is to be a radical change in these conditions for the better, particularly in view of the salvation of souls, then the culture of impurity must give way to that of purity, and the culture of death to that of life: of life everlasting. Evidently, this will only happen through the mercy of the heavenly Father and of His Son, Jesus Christ, Our Savior. But just as evidently, it will also happen only with our cooperation. In the first instance, with the cooperation of the Virgin Mother, who first brought the Savior and Life of the world into the world He made; and thereafter, with our cooperation, to the degree that it is united with that of the Mother of God and our Mother. The truth of this principle of cooperation can also be easily appreciated with a glance at the history of the Church. Where there has been a deep devotion to Mary, such as that commended to us by the Savior as He died on the Cross (cf. John 19:25-27), there have also been lively and fruitful missionary activities leading to a stupendous improvement in the moral and cultural aspects of human life. Where this has been absent, the Church and the world have languished.

Consequent on these perilous conditions for souls, there is a particular urgency today to renew the missionary activities of the Church in the western world. Pope Saint John Paul II spoke of this under the heading of a “new evangelization.” Strictly speaking, missionary enterprises, to be fully fruitful, entail two great activities: evangelization, or proclamation of the Good News of salvation and of the Kingdom of God; and catechesis, or the formation of those evangelized, both intellectually and spiritually. Both involve the cooperation of those who already believe and live their Faith. And in both activities, Our Lady has a central role as Mediatrix of all graces. Once again, to quote Pope Saint John Paul II, Mary is the “first evangelist” and the “first catechist.”

One who realized the importance of this cooperation with the Savior in bringing to completion His mission to save the world, particularly in the domain of catechetics, was the late saintly Jesuit, Servant of God Father John A. Hardon. One of his great works was the foundation and organization of the Marian Catechist Apostolate. The goal of this Apostolate is the formation not only of catechists, but of those who can form, support and direct catechists, particularly parents in their families and parishioners in their parishes, and fulfill competently the role of directors of religious education in dioceses and parishes.

Before his death, Father Hardon published several textbooks and study aids for those enrolled in courses designed to prepare men and women for a role of leadership in the work of catechesis. Unfortunately, his last illness prevented him from editing the final draft of the text for the Basic Course. This text, sufficiently complete on most major points, with supplementary materials added where needed, was published and began to be used in 1987/1988. Based on conversations I had with Father Hardon and on comments gathered from students who had taken the course, a thorough revision of the Basic Course was undertaken after Father Hardon’s death.

Therefore, this course has now been completely revised and considerably enlarged. It corresponds completely with the ideas, convictions, and pedagogy of Father Hardon and includes references from the Catechism of the Catholic Church, Sacred Scripture, and magisterial documents. I commend this very sound and thorough handbook to those who are beginning, and to those who would like to revitalize, their program of study in the Catholic Faith. May the “shepherd and guardian” of souls (cf. 1 Peter 2:25) bless and reward the work of all catechists with the “crown of justice” (cf. 2 Timothy 4:8) and the joys of His everlasting company in Heaven.